I’m so happy you loved the showhouse footage….

Even supposing one of the vital rooms don’t seem to be your taste you’ll be able to all the time to find a little of inspiration!

A couple of months in the past my pal Michael Ladisic requested me to assist along with his daughters new rental that he used to be renovating….should be great to have a Dad that could be a contractor:)

Anyway she is a Midwife and works lengthy hours at a time….however every other factor about Annie is she is huge on recycling and the usage of “discovered” pieces!  Which after all thrills me as I don’t really feel like the entirety must be new.  In reality once we have been renovating my sisters kitchen we gave her the refrigerator because it used to be no longer that previous!

So let’s get started the tale….

Listed below are some footage from the primary time I went over there….. 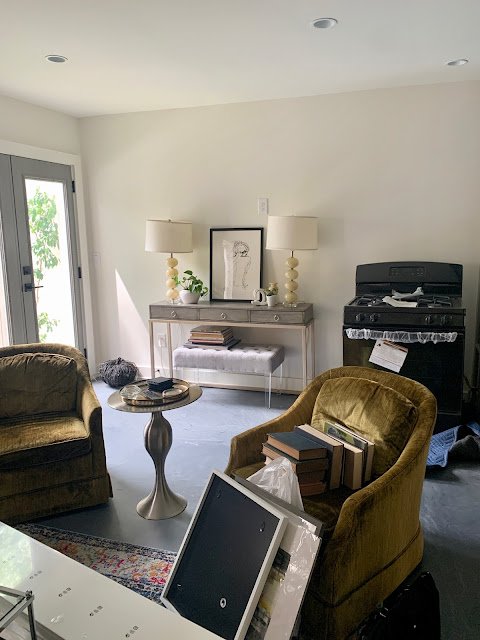 The chairs got here from her Mother and so they had already amassed a couple of items of furnishings…. 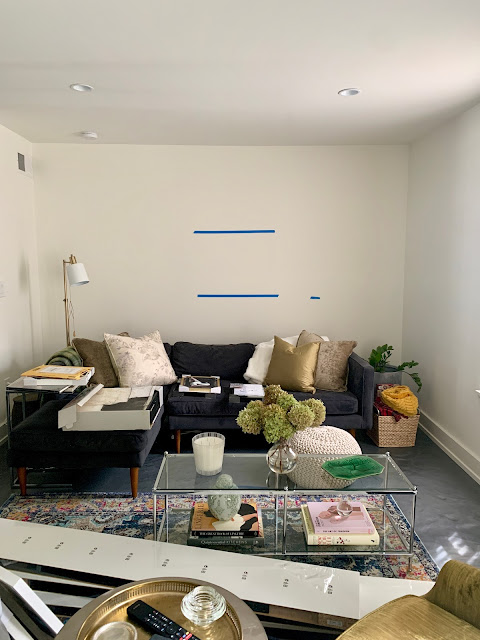 Additionally Rose and I made up our minds that because it used to be the sort of lengthy room that some cabinets at the back of the settee [which she bought from the Goodwill for 100.00] would assist comfy up where since there had to be simple get admission to to the patio doorways…. 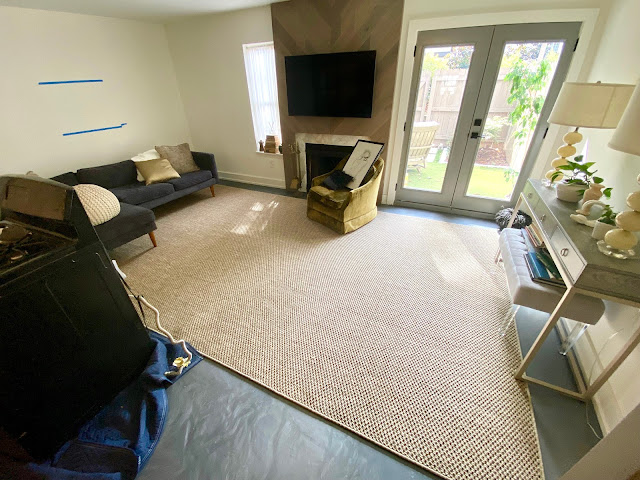 The flooring have been stained cement and it used to be made up our minds to get an enormous piece of sisal and layer on a smaller rug to outline the seating house…. 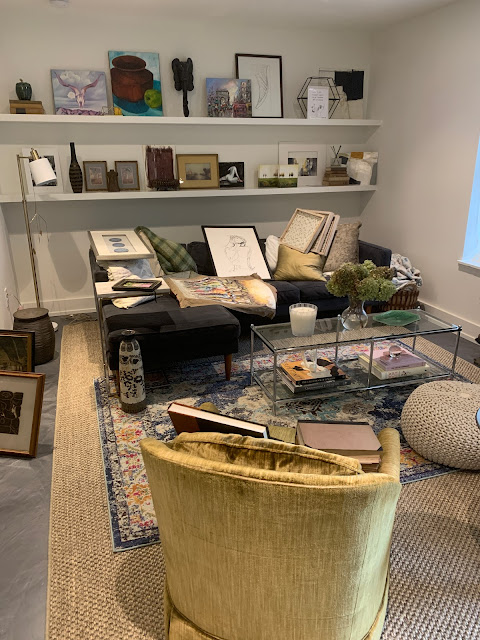 Once we were given there….she had put some issues up at the cabinets….however we did have ingenious liberty and Rose and I had visited some small flea markets to take hold of a couple of issues we concept would glance just right within the room….. 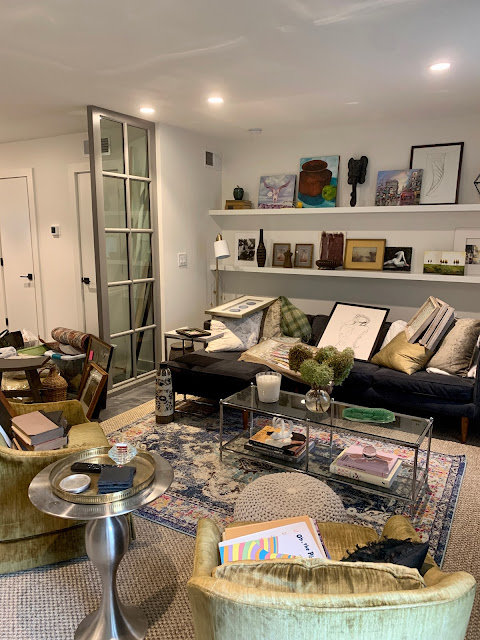 There used to be numerous stuff we needed to weed thru to come to a decision what would paintings and what would not.  This can be a small position so we needed to be very considerate with the equipment and furnishings.

Listed below are a couple of earlier than and afters….. 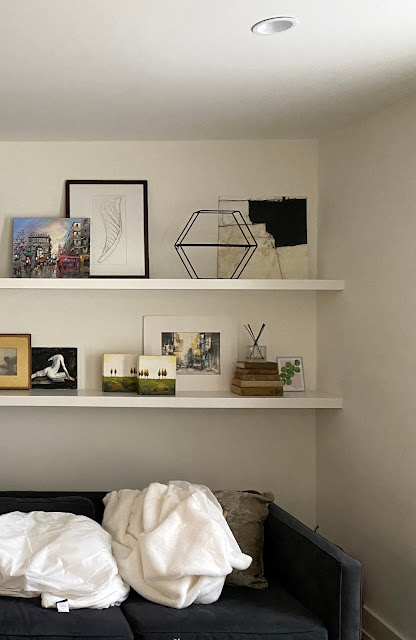 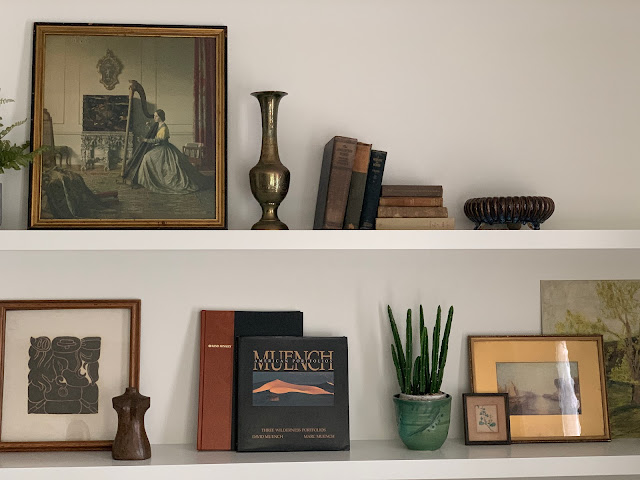 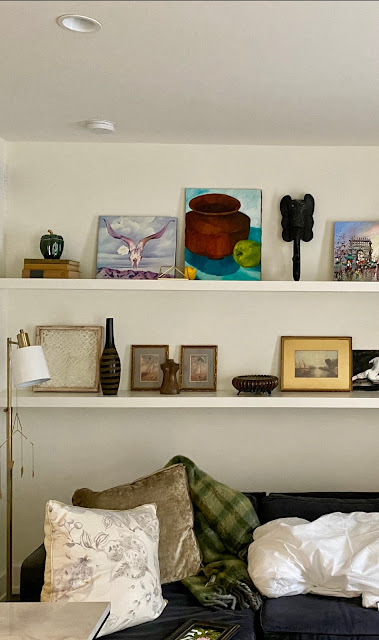 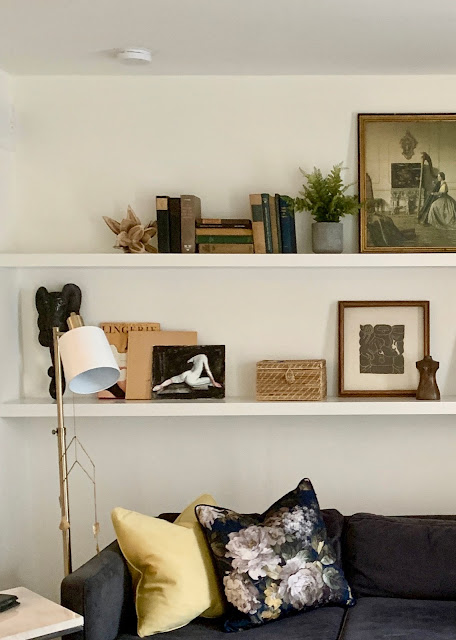 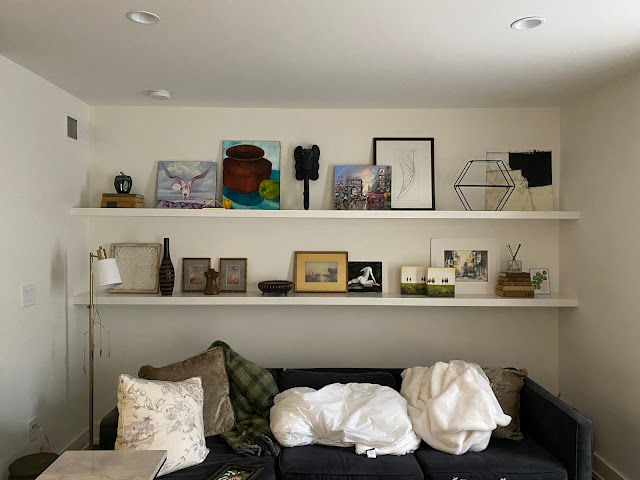 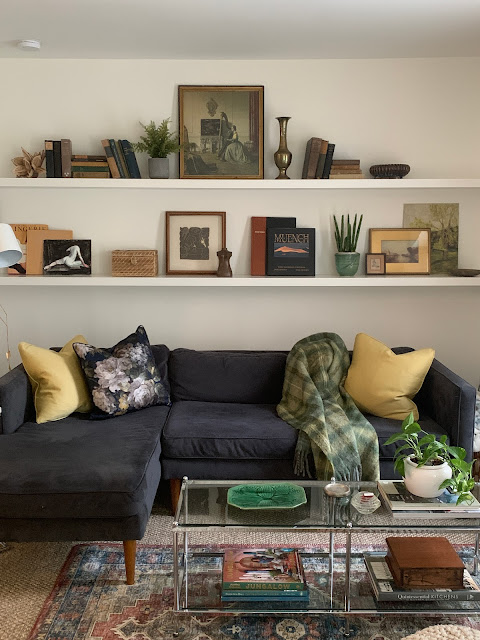 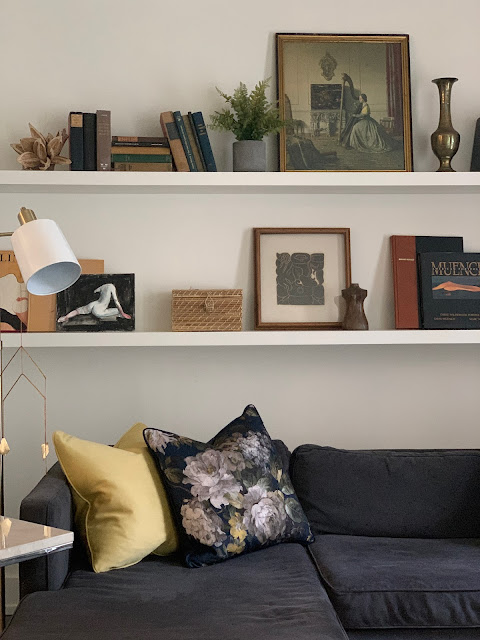 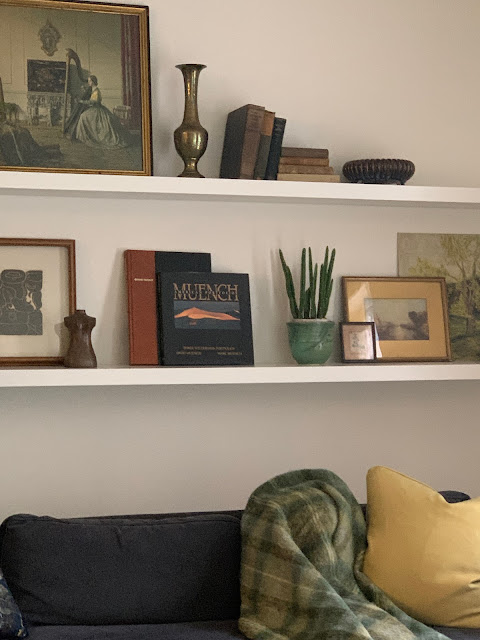 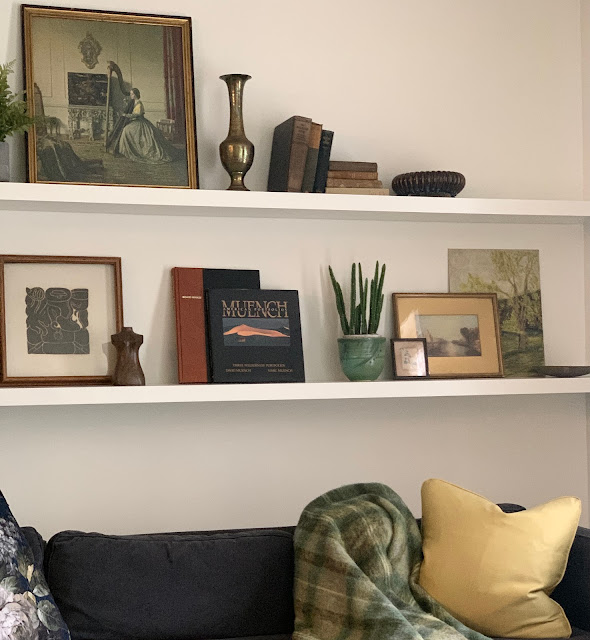 The one issues which can be new at the cabinets have been a couple of fake crops….

Listed below are a couple of element photographs….. 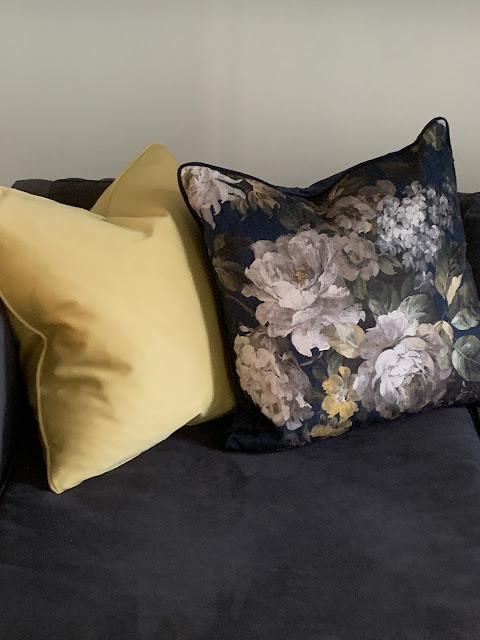 The floral pillow used to be from Homegoods…. 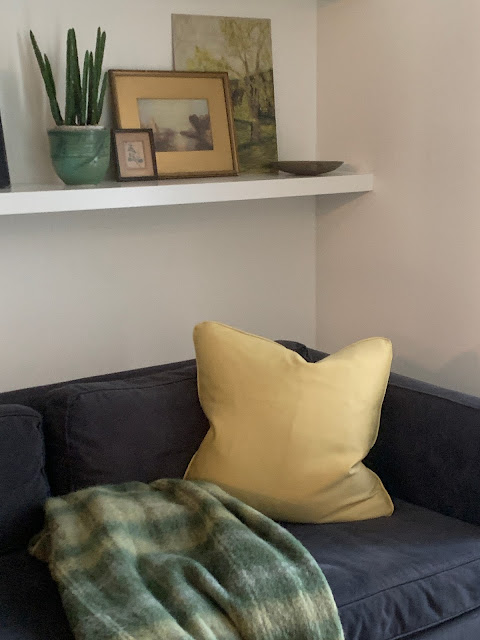 The rug used to be additionally from Homegoods…. 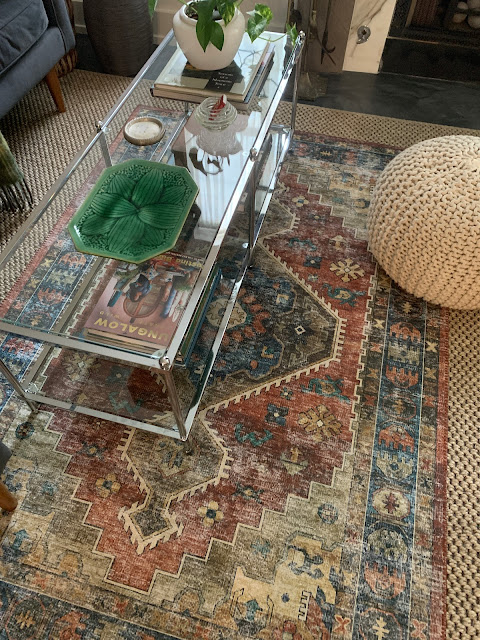 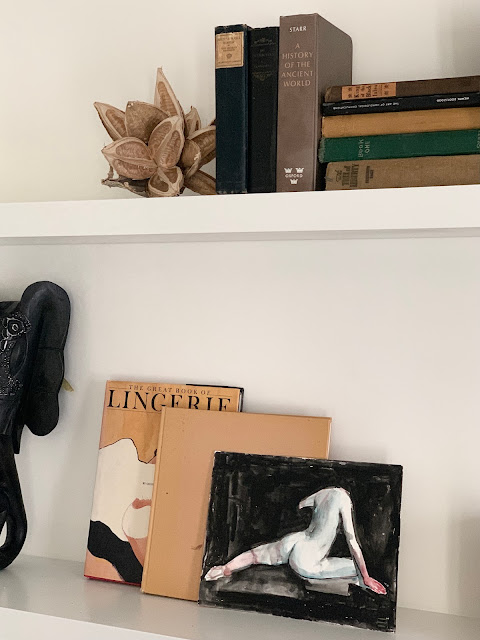 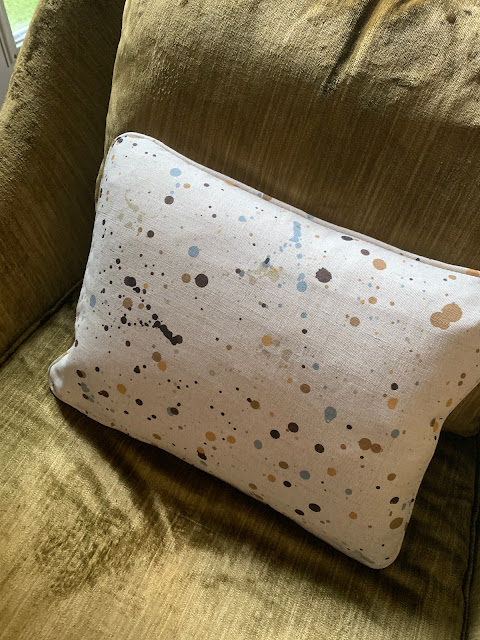 Now let’s pass to the opposite facet of the room….. 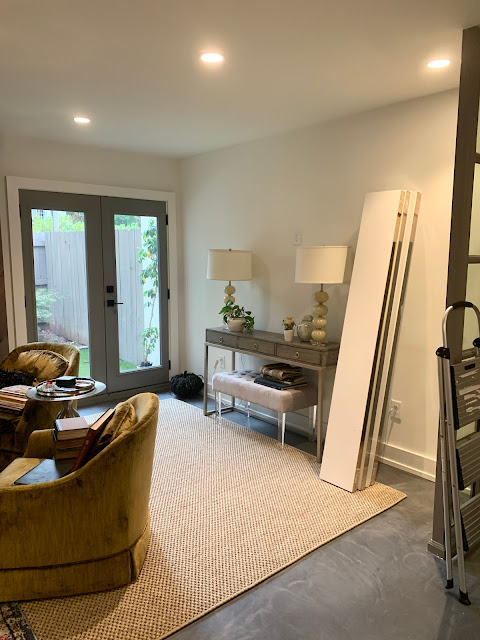 We got rid of one of the crucial lamps because the console used to be too small for each…..then we arranged a few of her artwork grabbing the black and white ones….. 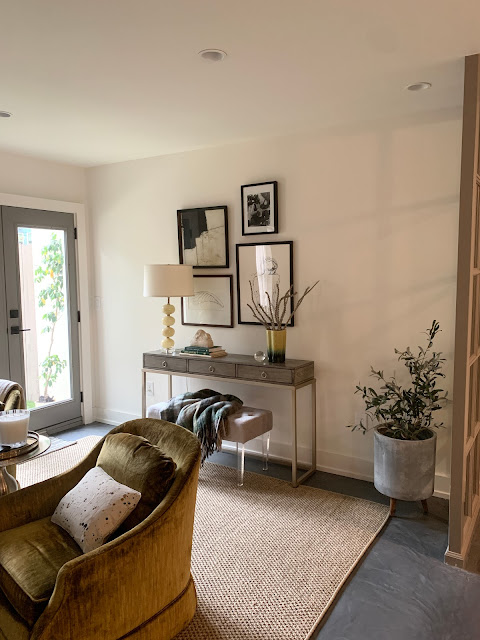 Threw a fake olive tree from Goal within the planter to assist that nook….. 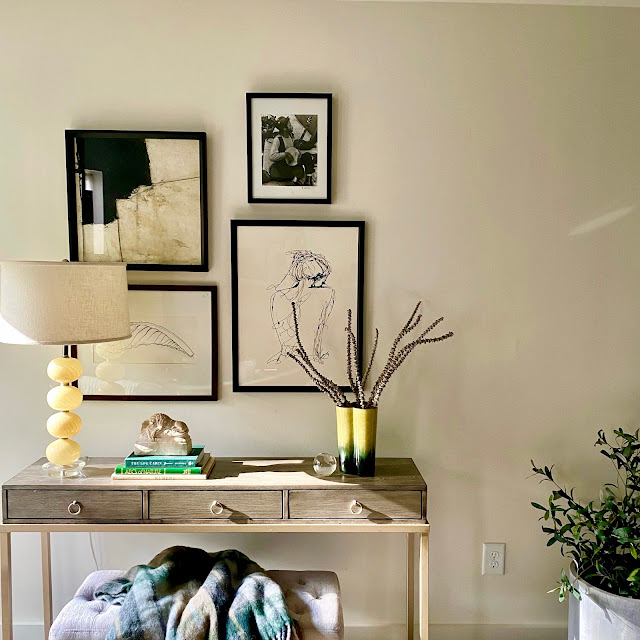 Rose and I discovered that vase on the flea marketplace and in the beginning we concept it may well be too colourful however it used to be just right with all of the artwork being impartial and helped to convey just a little of the colours from the opposite facet of the room! 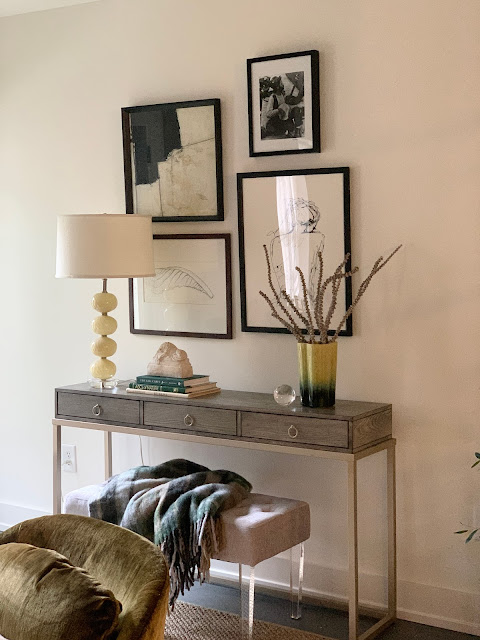 Even concept the small bench used to be grey and used to be just a little light for the distance….layering the darker throw on it in reality helped! 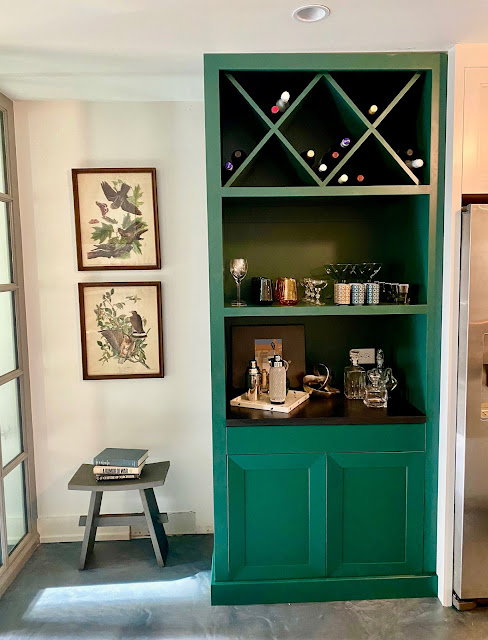 See beneath earlier than the bar cupboard used to be put in….and It’s not that i am certain why it appears to be like so inexperienced within the image above! 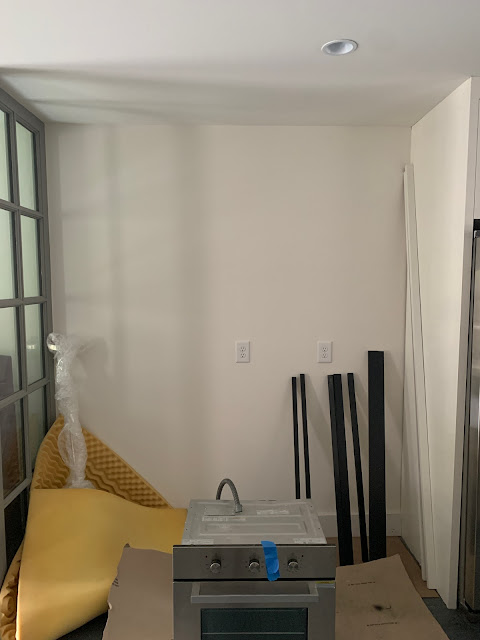 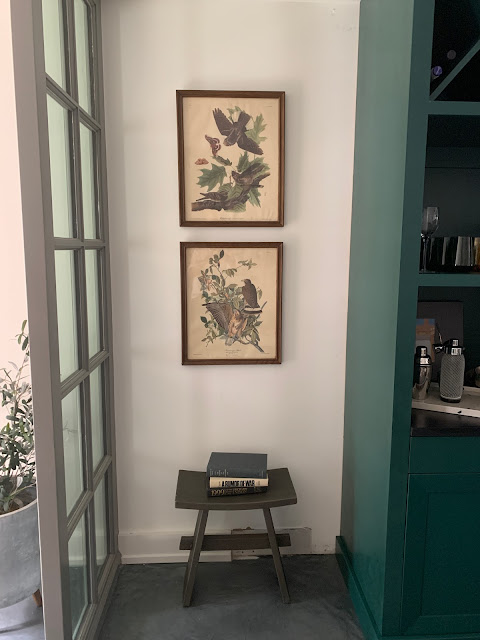 We discovered the antique fowl footage and I had the bench that I didn’t use in every other undertaking.  We if truth be told didn’t have a lot left to paintings with once we accessorized the bar and so they have been additionally kicking across the thought of what to do at the again of the bar….. 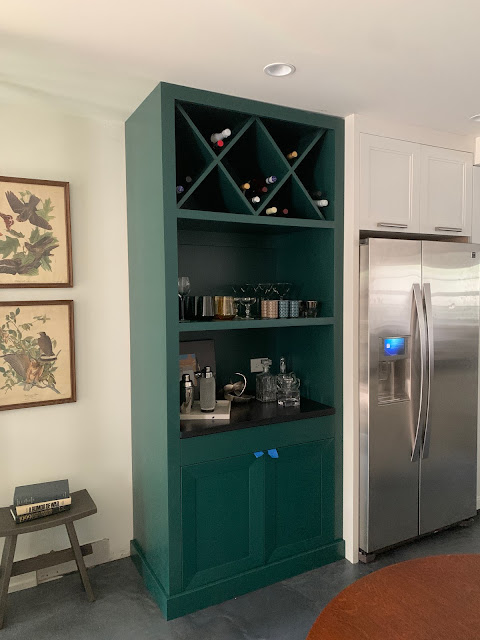 We spent just a little time zhushing the kitchen….. 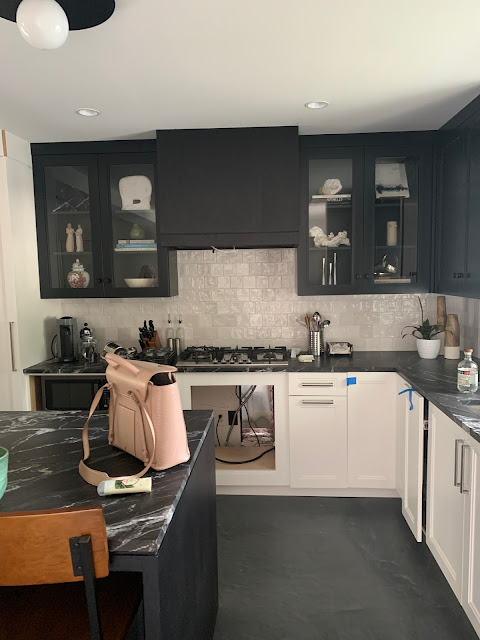 I’m certain you’ll be able to inform that is my favourite factor to do!  Rose and I LOVE looking for antique/used equipment to assist a room glance extra curated and “used”…..

This night I’m going to the Atlanta Botanical Gardens with some pals…..it is uncommon that I’m going out in reality however I wish to make that effort.

Hope you might be all playing the Vacation Season….

Thank you for studying….

Lord...those remaining 2 weeks had been loopy.  I had a photoshoot at my sisters with the kitchen dressmaker.....The Designery and...

Holy smokes....we've not talked in 10 days....however I used to be roped [just kidding....love these girls]  into becoming a member...